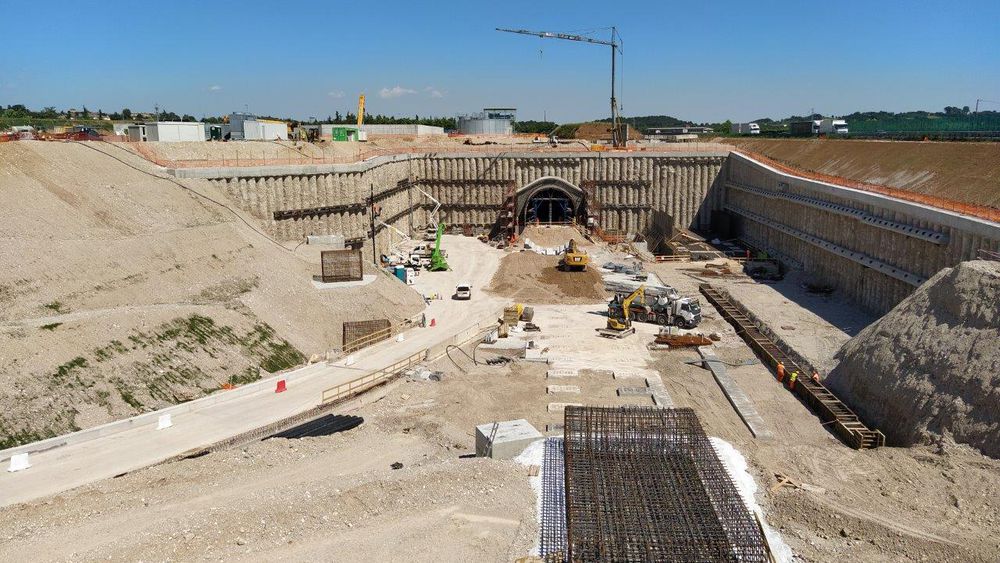 Designed by Pini Group for the General Contractor Cepav Due.

The Lonato del Garda tunnel is part of the Milan-Verona high speed railway line; it consists in two single track tunnels having a length of 4.75 km. The tunnels will be excavated by means of an 10 m diameter EPB machine.

The particularity of the project is represented by the complex geological context. The region of the Garda Morainic Amphitheatre is characterized by glacial and fluvio-glacial deposits and by a hydrogeological structure consisting in several deep and surficial aquifers. A further challenge for the design team, leaded by Davide Merlini and Maurizio Tanzini, was represented by the underpassing at low overburden of the A4 Milan - Venice highway and other major buildings and surface structures.

The project also includes the construction of two additional major tunnels – so-called Calcinato II and San Giorgio in Salici. They will be excavated by means of conventional method and include cut and cover portions.