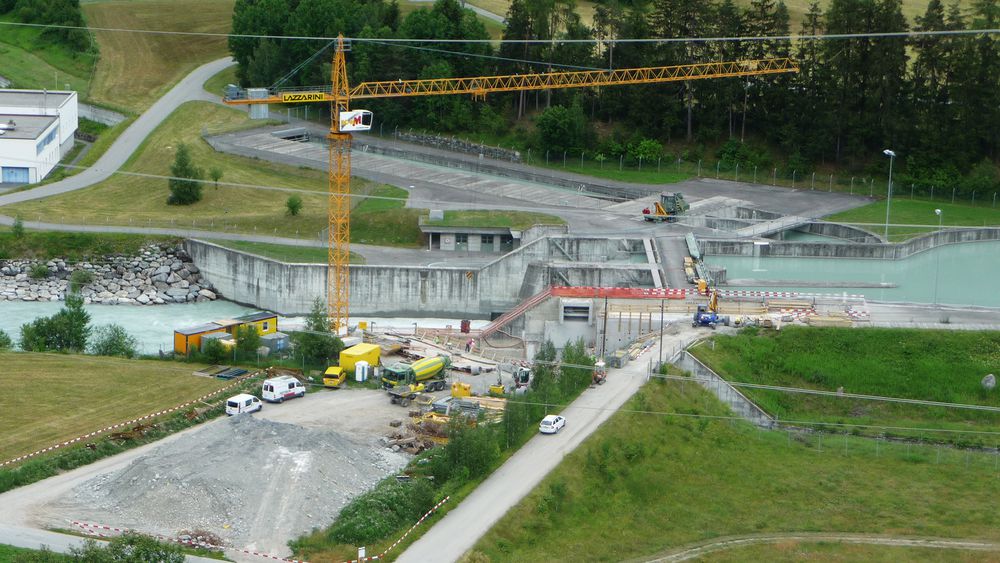 The Pradella hydroelectric power station replaces the old doping plant from 1993 of the Pradella weir near Scuol. It uses the doping water of the weir system required by concession law and part of the overflow water to produce electrical energy for 600 households. The new facility consists of an upstream channel, a central plant two identical Kaplan machine groups und a water return system. The water, collected in the dam area of the weir system, is fed to the central plant, turbined and returned via the water return system to the fish basin and the stilling basin, into the river of Inn. The challenges during the construction work were that the operation of the weir should not be disturbed. The maximum water volume increased from 5 to 10 m3/s required a second outlet opening against the underwater.