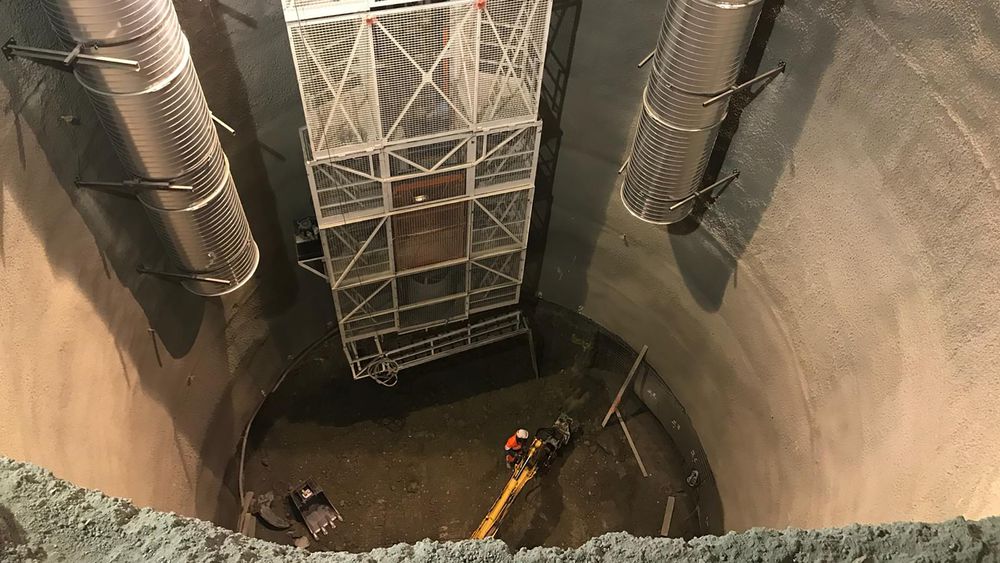 The Large Hadron Collider (LHC) project consists of a 27 km circular tunnel with eight sites positioned around the tunnel’s circumference. Point 5, located in France, is one of the largest sites composed by a very large experimental cavern as well as a large adjacent service cavern, multiple large diameter shafts and various interconnecting tunnels. Excavation principally in weak sedimentary rock (molasse). The project consists of the construction of various new structures: surface works, roads, buildings, an underground cavern and a tunnel network.